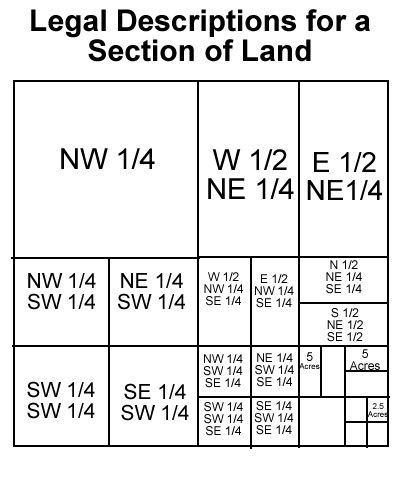 Aerial Photographic Enlargement is nothing more than a “blown-up” photograph. Neither tilt nor relief displacement are removed for these photographs. Because of this, you will not be able to make accurate measurements from the maps made from the photo. These photos are helpful for inventory of parcels and locating structures.

Rectified Aerial Photograph is one in which distortions caused by tilt displacement have been removed. The rectification process is accomplished by projecting the photo image onto a flat surface that is tilted to eliminate the original tip and tilt of the aircraft. The objective is to project the image back to its correct shape and scale. Although relief displacement is not removed from rectified photographs, this type of photography provides acceptable accuracy for assessment mapping in areas of relatively flat terrain.

Ortho-Photographs look a lot like the other two types of aerial photographs. However, it has the accuracy of a map drawn from ground survey information because tilt and relief displacement have been eliminated. Measurements of a land surveyor on the ground should “fit” when plotted on a true-to-scale ortho-photograph. Distances and area calculations on an ortho photograph are usually extremely accurate, and property lines will correspond closely to physical features.

Digital Ortho-Photographs is an ortho photograph scanned or created in a digital format. These have the same accuracy as ortho photo sheets, but can be viewed and manipulated on the computer, with the capability to zoom in or out. This also provides us a method to lay property lines or any other data over the photo.

Locating land is fundamental to the tax mapping process. Once land is located it must also be given its own unique “name”. This is called parcel identification. A good land description will permanently and distinctly locate one and only one individual parcel of land. It is common, land is described by written descriptions or legally recorded plats.

Written land descriptions may be based on the rectangular survey system (also known as the township and range system), a metes and bound description or a coordinate description system. This system is based on the idea of parallels and meridians that circle the globe. The equator and all horizontal lines north and south of it are known as parallels. The vertical lines which converge at the north and south poles are known as meridians.

The rectangular survey system also has its own special meridians and parallels throughout the United States. The meridians are known as “principal” meridians. Each principal meridian has a parallel which goes with it. These are known as “base” lines. The points where these two meet are known as initial points. Land described using this system is referenced to either the Indian or the Cimarron Meridians.

Another set of lines is established at 24 mile intervals north and south of the base line and at 24 mile intervals east and west of the principal meridian. The east-west lines are called standard parallels or correction lines. They are one continuous, uninterrupted line. The north and south lines, called guide meridians, are not continuous throughout their length. Because meridians converge as they get closer to the poles, they must be broken at the base line and at each standard parallel.

Sections can be subdivided as well. The quarter section (160 Acres, 1/2 mile square), the half-quarter or eighth sections (80 Acres, 1/4 mile by 1/2 mile), and the quarter-quarter or sixteenth section (40 Acres, 1/4 mile by 1/4 mile). The quarter-quarter section is the minimum legal subdivision under the general land laws but it is common to divide the subdivision further for descriptive purposes.